10 Things I Love About Veronica Mars

This will be the last Veronica Mars list this week because the review of the movie goes up on Sunday. That being said, this has been an interesting week for me and who knows, maybe I’ll do similar weekly TV-show appreciation posts some time in the future. I can think of many shows I could write about tons and would love to gush about but let’s get back to the topic at hand, here are my 10 things I love about Veronica Mars (in no particular order)!

Bonus: Jason Dohring, who portrays Logan Echolls in the series and in the movie, named his daughter after his on-screen dead girlfriend Lilly. How awesome is that!?

It doesn’t really matter what I thought about the movie in the long run, what I loved about the whole thing was the fact how it got started – by fans! The Veronica Mars Movie Kickstarter project broke so many records that one has to really wonder about the fact how strong the Veronica Mars fanbase actually is. The video that was made for the project was awesome as well and it warms my heart to think that all these people involved with the series were happy to come back and do this for us, no matter the outcome.

Say what you want, Dick was a memorable character and Ryan Hansen was perfect as this annoying, spoiled and rude teenager. Dick wasn’t my favorite of the bunch but considering Hansen is starting a Veronica Mars related spin-off project, I’m a big fan of Hansen in general and therefore his character gets a big shout out from me.

One might think I’d add Wallace into the ten things I love about Veronica Mars but they would be wrong, though Wallace was the side-kick I adored, Weevil was the one I loved. He was the bad boy Veronica turned around, sort of, and since his bad side did continue to be one of his characteristics, his respect for Veronica was the fact that made him a very appealing character. Also, his encounters with Logan offered a lot of comic relief which is always good.

Talking about comedy, Veronica was sarcastic and I loved it! She was witty and smart, but she was also extremely sarcastic and it brought the show on a whole new level. It’s hard to write smart jokes, it’s hard to write any jokes for female characters that wouldn’t sound ridiculous (comedies nowadays seem to be all about the humiliation) and Veronica is a fine example how a girl can be cool and funny at the same time.

The show’s biggest asset was probably the crime solving Nancy Drew type situations which made Veronica Mars stand out from the crowd. I love crime shows and I love mysteries, so Veronica Mars was just the right amount of interesting to watch when it came to murders, kidnappings and bomb threats.

And who better to play a teenage detective than the sweet Kristen Bell!? I can’t think of anybody right now because I don’t want to. Bell’s enthusiasm about the character showed back then and it showed when she started the Kickstarter project with Rob Thomas, she loved Veronica as much as the fans did, and that’s the best way to portray a character.

Talking about love and embodying things, talk about a relationship that made you smile no matter what – Keith Mars and his daughter, Veronica. While Keith Mars did a fine job keeping things some what in order, Enrico Colantoni did an even better job with father daughter chemistry and well, he’s pretty much my favorite TV dad! 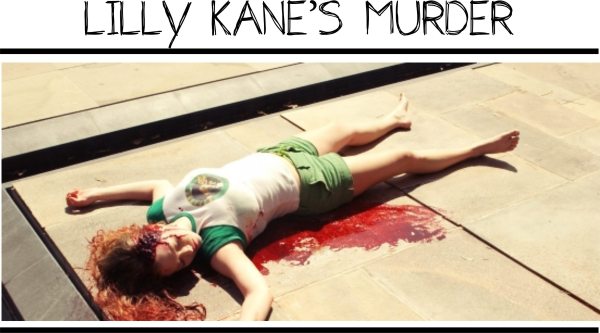 I loved the first season! There’s not enough words to describe that love because it featured one of the best mysteries on the show, Lilly Kane’s murder. I’ve talked about this already this week but I need to emphasize it more: what a plot twist, what a story, I loved every single moment of it! And as I already mentioned, Amanda Seyfried’s performance was very memorable and it’s what made the first season of Veronica Mars as epic as it was.

Can we all just appreciate this still for a moment because whilst I ranked the episode of their first kiss as my #1 favorite episode of all time, their whole relationship pretty much wins all the awards. Yes, I’m on a very big fangirl high right now and I’m not even sorry, this will be the last Veronica Mars Week post regarding the series, so it will be the last time I’d be able to gush about them. I love them and I love the first season for them and I hate what the show did to them in season 3.. Veronica and Logan forever! 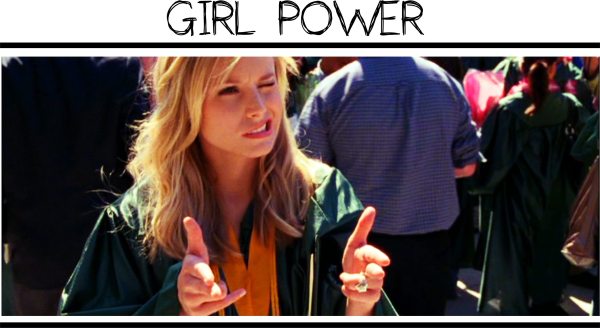 Should I add anything else or are the words “Girl power” enough at this point? I think this image and the title are doing the job for me because no matter the romance stuff in the show, Veronica was one tough cookie and she should be an inspiration to many girls. Be you, be strong, be smart, be witty, be sarcastic and stand up to yourself. Don’t make friends to make friends, don’t let gossip bring you down and fight for yourself.. Girl power, marshmallows!

If you’re a fan of Veronica Mars, let me know which were your favorite things about the show in the comments! And stay tuned for more Veronica Mars movie review on Sunday! 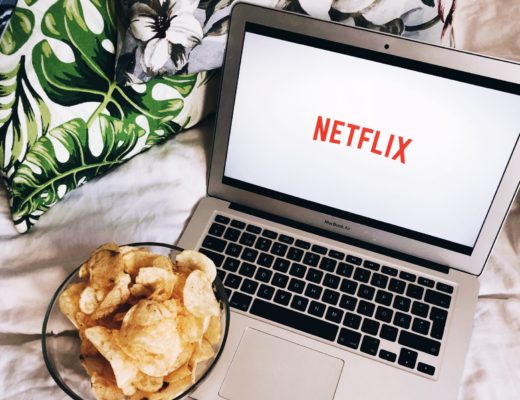 10 Shows I Recently Binge-Watched On Netflix