This is it, my first director special and I chose Tim Burton to have the honor of being the first one I write about. I don’t really know the reason but I thought that since I’ve seen so many of his movies it might be pretty content-rich. Hoping that this wouldn’t be the first and the last director special I’m gonna start off with Burton and his creations.

Born in August 25, 1958 Burton showed early signs of creativity and interest in movies. He started making his own movies in his backyard, for instance he made a short film called The Island of Doctor Agor when he was only 13. Instead of getting good grades in school he focused on arts, painting and drawing that led him to study character animation in California Institute of Arts. After graduating (based on his work in school) Disney was interested in him and he ended up working for them as an artist. Though it was clear from the beginning that his style was so different from Disney. Besides Burton wanted to do solo projects: so in 1982 he made a 6 minute short film inspired by a poem (his poetic influence would be Edgar Alan Poe) he wrote about Vincent Price (who himself narrated the animation) that showed off the type of style that will start to describe Burton the most.

Years of working, Burton managed to produce hits with low budgets and this made him stir interest among big budget productions – in 1989 Batman fell into his lap and he made superhero history. The movie crossed over $250 million in the States and over $400 million worldwide (at that time it was the biggest box office hit of all time) and also shaped the new way of portraying superheros – more darker and psychological.

Batman (1989) starred Michael Keaton as Batman and Jack Nicholson as The Joker. The movie has a great score of 7,6 on IMDb and won the Oscar for Best Art Directing. Although this movie is as old as I am I still remember it, sadly I don’t remember if it was my first experience with Tim Burton but I have a slight hunch that it was Batman. The more clear memory of Tim Burton is definitely Edward Scissorhands (1990) which I re-watched just a couple of years ago – this marks the beginning of a duo that all of you are probably familiar with – Burton and Depp.

Edward Scissorhands also marks the beginning of what I think, Burton’s career cause it wasn’t just directed and produced but also written by him. It tells a story about a so-called science project who happens to be a man with scissors instead of his hands. The quite unrealistic story is a heart warming human version of the ugly duckling. This movie showcases well some of the elements that start to characterize Burton’s work through out his career. The positioning of dark and colorful, the unusual leading role (amazingly portrayed by Johnny Depp) and dark humor. At this time Burton’s work wasn’t recognized by the big Oscar but IMDb’s 8.0 score shows that the movie is far more that just your average entertainment.

1992 Batman Returns was directed by Burton but his signature was also put on a full-length stop-motion animation that came out a year after. The Nightmare Before Christmas (1993) was directed by Henry Selick who studied with Burton in California Institute of Arts. The movie is a fantasy musical with 227 puppets that tells a story about Christmas in a Halloween way and has also an 8.0 score on IMDb. As an interesting twist, the puppets have unusually long legs and arms and to grasp the idea of a stop-motion movie there’s an interesting fact for you: the lead character Jack the skeleton had over 400 different heads that allowed him to have every possible emotion there is!

Then followed many other works by Burton (some only produced) like Cabin Boy (1994), Ed Wood yet again with Johnny Depp (1994), the third Batman (1995), another collaboration with Henry Selick called James and the Giant Peach (1996) and the well known comedy about aliens Mars Attacks! (1996). The 90’s end with one of my favorite Burton films –  Sleepy Hollow (1999). Again together with Johnny Depp Burton brings us a fantasy crime story which also stars Christina Ricci and Christopher Walken. Legend of the headless rider is somehow stuck in my head but I’m not surprised, I’ve seen the movie about 5 times and I’m surprised it only won an Oscar for Best Art Director and ironically for the same guys who helped Burton out with Edward Scissorhands.

Here’s another interesting fact, during the next 10 years (from 2000 to 2010) Burton made 6 movies out of which I’ve seen 5 (some of them more than once). Out of which I loved 2 and liked 1 – sadly I had some issues with 2 that happened to be two of his latest works.  2001 Planet of the Apes came out, I haven’t seen it but I do know it marks the beginning of the second most productive duo (in movies and in real life), Burton and Helena Bonham Carter. To be honest I’m not sad I haven’t seen the movie, it has a 5,6 score on IMDb and compared to other Burton’s works it’s pretty low. But in 2003 Burton directed another favorite of mine, Big Fish (8.0) which is a fantasy-drama featuring Ewan McGregor, Billy Crudup and Bonham Carter as well. Just so you’d know, Helena Bonham Carter has appeared in every Burton movie after Planet of the Apes (except Frankenweenie which comes out in 2012).

Still from Charlie and the Chocolate Factory

Then four Burton and Depp collaborations follow – Charlie and the Chocolate Factory, Corpse Bride, Sweeney Todd and Alice in Wonderland. First two are definitely among my favorites: Charlie and the Chocolate Factory (2005) brings back the vibe of Edward Scissorhands and Johnny Depp creates another dorky and memorable character. Even though the movie is based on a children’s book Burton manages to bring entertainment for grown-ups as well (for my review go here) and same goes for Corpse Bride (2005). Burton returns to stop-motion animation which was written by the same woman that put to paper Edward Scissorhands and The Nightmare Before Christmas which of course brings back the puppets that have the same unusually long legs and arms.

Then follows, what I think is a down-fall for Burton, with Sweeney Todd: The Demon Barber of Fleet Street (2007) and Alice in Wonderland (2010). I don’t exactly know what made me dislike Sweeney Todd which featured dark comedy and singing – maybe it was the complete darkness of the movie that didn’t appeal to me or maybe it was the singing. With Alice in Wonderland my problem is clear – the computer-animation that robbed Burton from his creativity. In my mind, Johnny Depp and Helena Bonham Carter are perfect on their own and don’t need alteration that Alice in Wonderland gave to them. I find it ironic that it does have one of the lowest scores among Burton’s movies (6,6) but it managed to snatch not one but two Oscars. It is clear that Burton is loved by his fans but isn’t recognized by those who give away the Academy Awards – shows how little the Oscar actually means when it comes to these types of movies Burton does. Also, I did wrote a couple of sentences about Alice in Wonderland in the beginning of this blog (#6) where it seems that I hated the 3D and promised to see the 2D version which I haven’t done.

But Burton has two upcoming projects listed as well, one already mentioned Frankenweenie (2012) and Dark Shadows (2012) with yet again Johnny Depp. The last one is a promising supernatrual drama that features a vampire (Depp). I’m hoping this will bring back the Burton I started to love over the years.

So this is the end of my first director post, it turned out to be quite long and thorough which only means great things for following director posts. The bar has been set high and not only by this post but by Tim Burton as well – an amazing director, producer and a writer of our time. 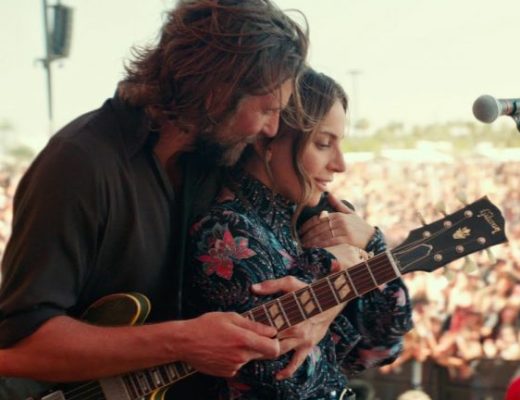