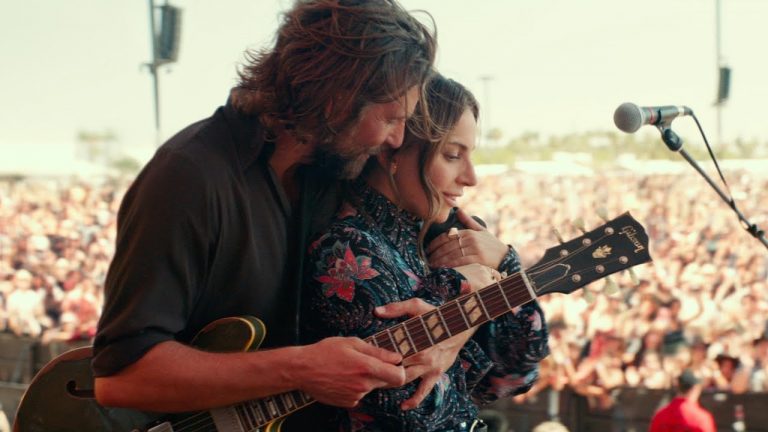 Sometimes we take things for granted. We look at stars, and we think they have it all. If we were in their shoes, we’d be happy! I’m not saying we’d all like to be famous and stars in our own right , but I think we’ve all had that tiny thought of having it all. A Star is Born’s latest remake is a reminder that life is never about having it all. But about having that one thing, that just might save us.

Let me start off by saying that I did have a few problems with A Star is Born. First, I do think the script could have been a little bit more tight. It needed a script-doctor picking out a few sentences here and there, and adding a bit to the story. Just the little things. And while a lot of the editing was spot on, I was a bit confused by the narrative in time. I had to think about whether days or months had past, so in other words, I was a little lost. But this is me nitpicking, because I do think A Star is Born is a good movie… I’m not just so sure if it’s an amazing one!

But on to the good things, because there are quite a few. Right off the bat, the opening scene was stunning! The way the movie opens is just raw and pure power, it really sets the right tone for the entire movie. I liked how Jackson (Bradley Cooper) looked in this film, and I loved how real the opening live show felt. Heck, all the live shows felt real and as far as I know, were real!

I just wanted to take another look at you.

Cooper did a lovely job here directing the film too, because he really liked to show details of things. Like he went in real close, and that sort of intimacy felt a little awkward in the beginning (because the characters had just met) but it worked well from the second act until the end. Also, and this is a compliment, Cooper managed to look like shit so many times.. and still somehow, through all that, I was rooting for that man. I wanted him to come out on top, I wanted to hug his troubles away and that shows how well he built his character. Not just script wise, but from the way he looked, sounded, acted – it was like I was Ally (Lady Gaga), completely and utterly supportive despite all of the things he did.

And now let’s talk about Lady Gaga! Wow. I mean, sure, I could say that she had it easy because the movie follows her own career a little, but still.. Ally’s life is nothing like Gaga’s. And that’s where you can really see how well she can act. Those subtle facial expressions, and that anger she lets out at the end of the film. It worked, and I’m glad because she deserves the praise.

Most importantly though, I guess I should touch upon the music. The opening song has been on repeat for days, and though Shallows is a very nice song, I do think Black Eyes is even more stunning. I did also find out, after seeing the movie, that Black Eyes is written by Bradley Cooper which just blew my mind. What can’t this man do, huh!? But there are a few great songs on the soundtrack, and I will definitely listen to them every now and then.

What frustrates and hurts the most, is the lack of complete understanding of that ending. But it’s the confusion that adds to the strength of the film. I still remember the day the news of Linking Park’s singer Chester surfaced. It hurt, but I also saw my best friend hurt more deeply because she had had a connection to him and his music for years. Suicide is such a sad way to go.. yes, every way is sad, accidents, diseases – it’s all fucking sad. But suicide is a choice to go before your time, and there’s something harrowing in that act. Because we will never know and completely understand why somebody decides to not exist.

A Star is Born was an unknown story for me. I’m glad it was, because the ending of the film broke me. It broke me in ways I wouldn’t have been broken have I’d heard the story before. It wasn’t a perfect film. Like I said, I had a couple of problems with it. But it’s a film that reflects our current world, and it tries to give context to addiction and suicide. And it does so by creating a character you want to root for, and you do root for. Because Jackson Maine is, deep down, a likeable character. And everyone keeps trying to show him that. He is given a great voice, a brilliant career,  a woman, who loves him so deeply she is willing to give up her own career for him. And at the end of the day, we all see that he could be okay…

… except he himself didn’t see it that way.