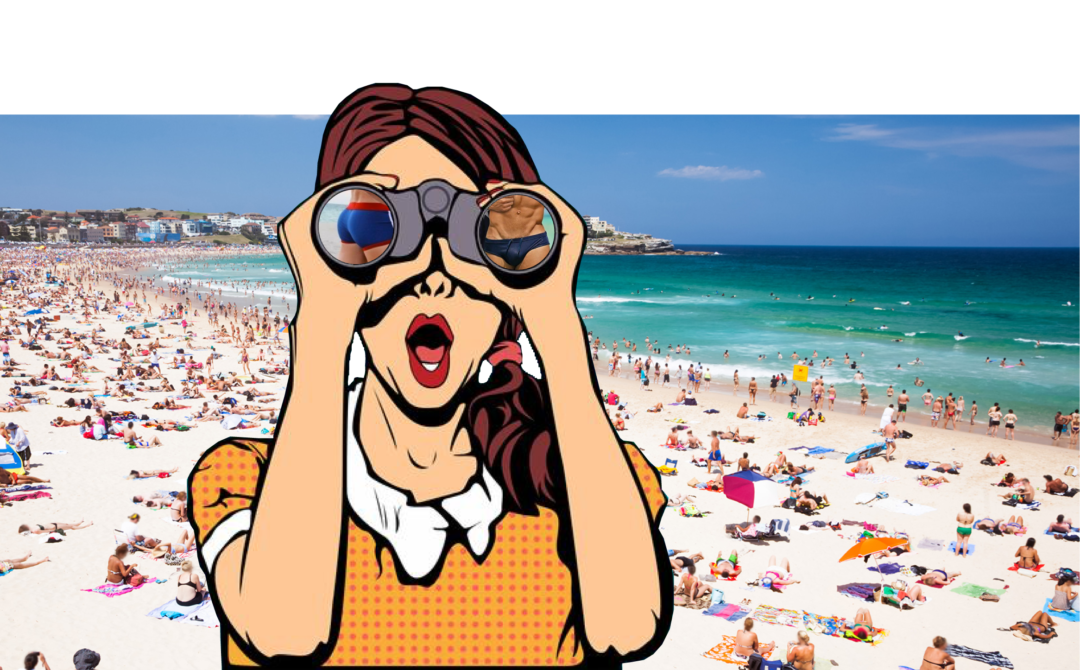 Bae-Watch: Ranking 10 of My Current Baes

The always wonderful Margaret over at Cinematic Corner ranked her boos on Twitter ages ago. And of course that gave me the idea to rank my own. Because, let’s face it, this blog deserves some eye candy! So here it is, eye candy time! Based on my current mood and emotional state (fragile and hormonal), I’m ranking ten of my current actor baes.

There’s no denying of the fact that Heath Ledger is one of my all time favourite actors, as well as baes. His death 11 years ago hurt me a lot, and I find myself still saddened by the fact that his filmography will never expand. Which is why I wanted to give him the honorable bae title – forever. 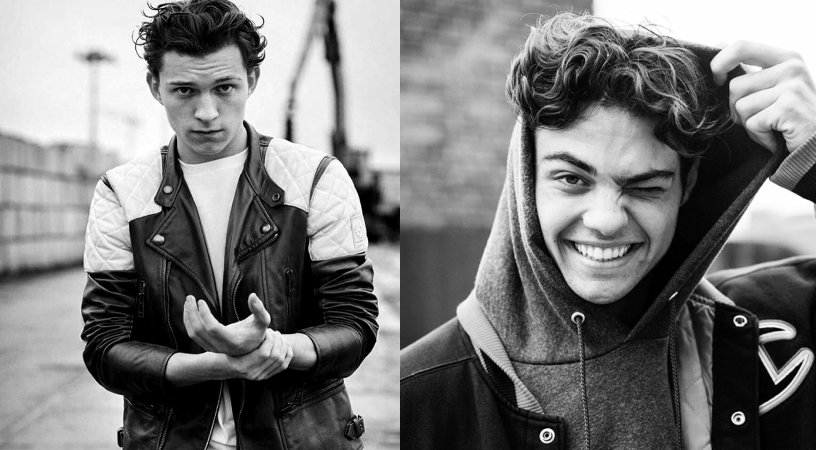 I’m turning 30 this year so it feels a little wrong listing two baes who aren’t even 23 yet. But they need to be in this list so I’m giving them a separate category. Fresh Baes, as in, too young but still bae-worthy! Tom Holland is probably going to be a favourite for a long time, because he seems like the nicest guy. Same goes for Noah Centineo, who I looked forward to in To All the Boys I’ve Loved Before. Sadly, that movie turned out to be awful, but at last Noah was great. 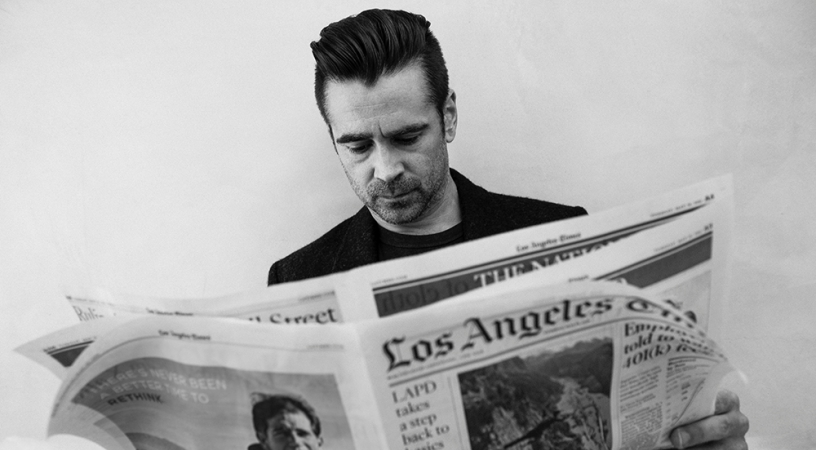 This Irishman is one hell of an actor, and it helps that he has a bad boy reputation too. I like those bad boys! Colin Farrell also looks so good, especially now, as he’s a bit older and can rock that five o’clock shadow. Colin is also a versatile actor, being great in dramas as well as comedies. His Seven Psychopaths role was brilliant, as was his character in The Lobster. Oh, and he also has a sex tape but this isn’t that kind of a blog. 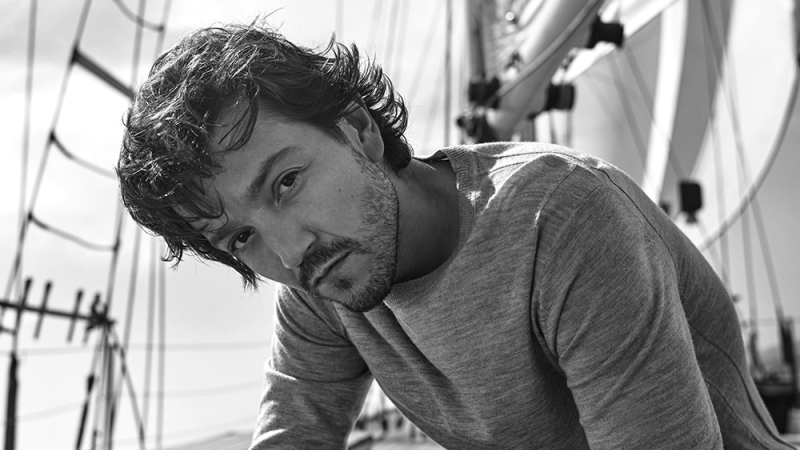 From the first time I saw Diego Luna, I had a sort of a thing for him. It happened to be in the Dirty Dancing sequel that nobody asked for. But, despite the movie being mediocre, almost bad, Diego was stuck in my head and now I keep an eye out for him. So you can imagine my joy when he was in Rogue One and now has a main role in the new Narcos show. I have yet to catch up with Narcos, but once I do, it’s because of Diego… 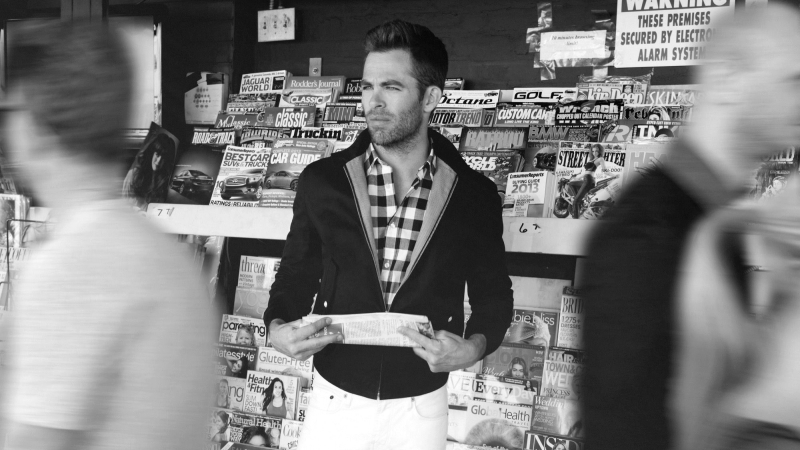 It’s hard to put Chris Pine on the eight spot because he sort of deserves better. Yet, it’s hard to put any of these men to a specific ranking system. Chris (not the only Chris in this list), makes the cut because he is wonderful but is lower here because Outlaw King did not have what was promised! Still, he has been a heart-rob and a cocky captain Kirk, so he’s still wonderful. He has great sense of humour on and off screen, and he stole the Wonder Woman movie. Oh and he also rocks a beard! 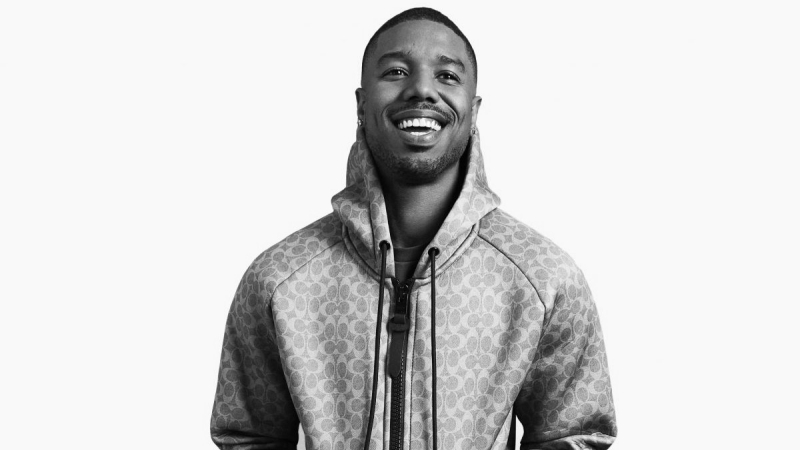 Every time somebody mentions Michael B. Jordan’s name, I think of his Black Panther character and the fact that he died for no reason. He should have had a magnificent comeback opportunity, because now we won’t get to see that body. Well, no, that’s a lie, he is surely going to take his shirt off in the future but he’s never going to look like Killmonger again. Anyway, I’m devastated and drooling, so it’s time to move on. 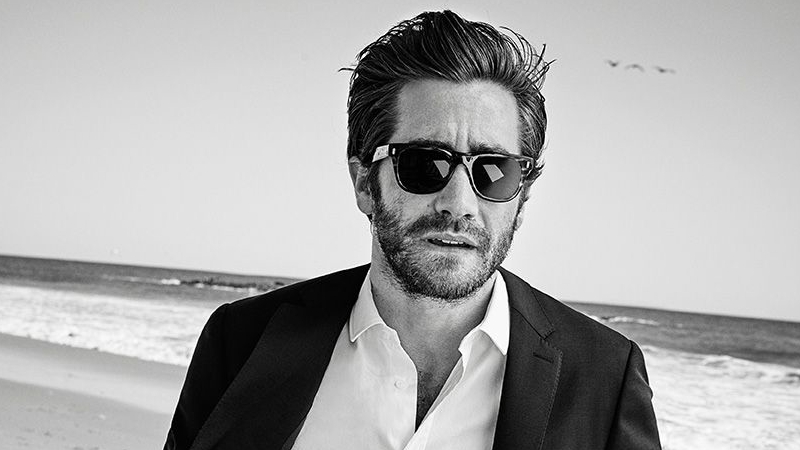 My beard-bae, though I guess most of my baes are bearded. That’s just the way I like them but I feel like Jake Gyllenhaal has rocked a beard more often than not. There are so many movies of his that I could mention, Nightcrawler even comes to mind, even though he looks sickly. But Zodiac, End of Watch and Love & Other Drugs come to mind first. Last one has also some butt, which is always a nice bonus! 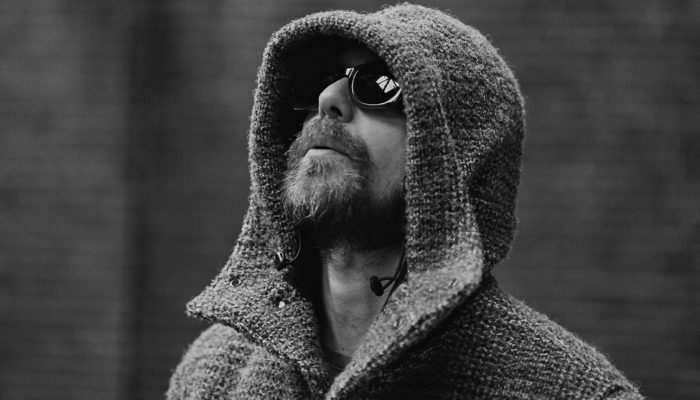 Well, was there any doubt that Sam Rockwell wouldn’t make it to my bae list? No, there wasn’t because I think by this point, I have seen so many of Sam’s films that he is in my brain forever! Haven’t seen all the movies though, because the man works a lot, but I’ve seen all the important ones. For instance, Laggies – the movie that I want to get a sequel for just because I loved Sam’s character so much!  Oh, and the coat pulling, that’s making me *** just by thinking about it. 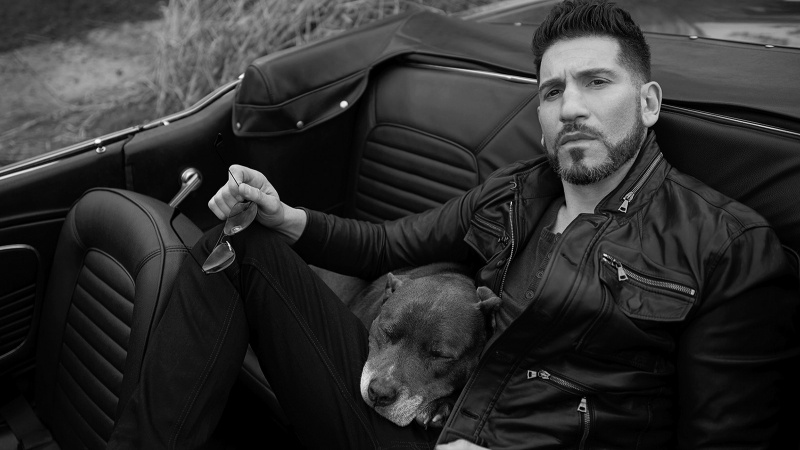 It’s weird to have Jon Bernthal on my bae list because the reason he’s here is his role as the Punisher. A very violent man, killing a lot of people – looking super hot doing it. But like I said, I like bad boy characters, and the Punisher is the ultimate bad boy – with good intentions. Jon also has other good roles, for instance, even his role in The Accountant managed to outshine the movies main character! But man, he looks so dangerous – I LOVE IT! 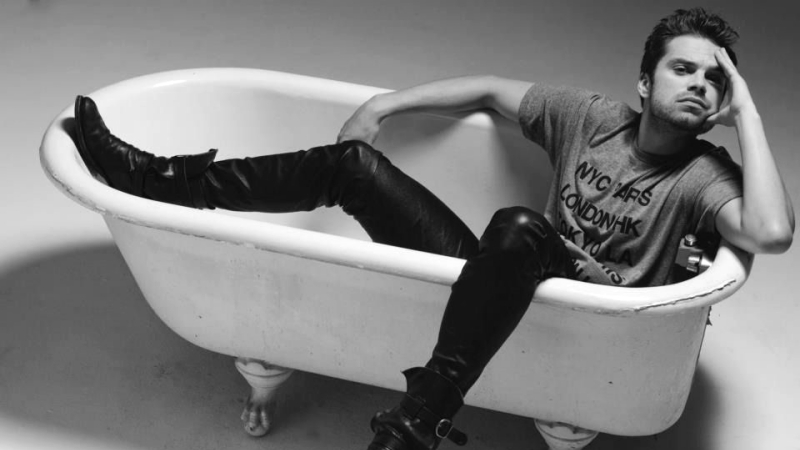 Oh boy, my Winter Soldier… my Romanian hunk. No, honestly, this man is wonderful and I’d be happy to watch any movie for him. But the first movie I remember him from.. drum roll please.. is The Covenant. If you are anything like me, you’d remember this 2006 movie with supernatural hot dudes and a creepy spider scene. Honestly, it’s a Sebastian Stan classic! But if you have the chance, do watch his performance in The Destroyer – it’s amazing! 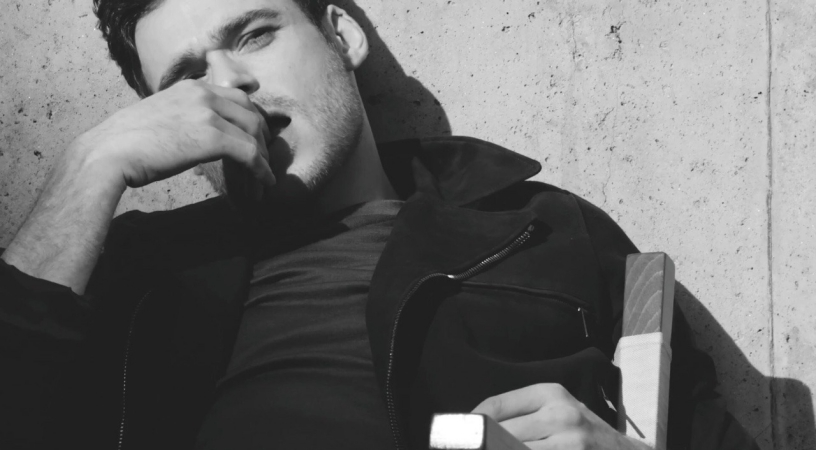 Well, we are almost there and here is Richard Madden, my Scottish bae. He has a magnificent beard, if they let him keep it, he has a honey smooth accent, if they let him speak it – he is so perfect! He also has a little grey spot in his hair as of recently, and I find it so sexy. Anyway, I watched Ibiza for him and it was actually worth it, because he was there!  If it was up to me, I’d never shave his beard, never let him change his own accent and just have him naked most of the time. I mean, who wouldn’t?! 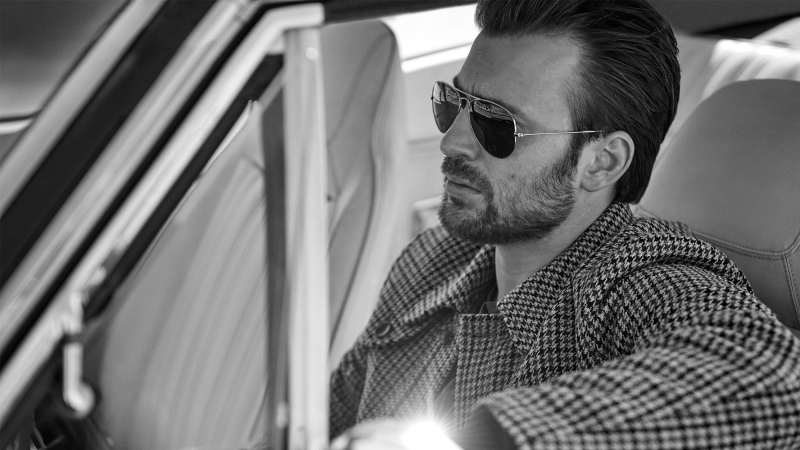 Let’s face it, it’s a no brainer who comes first in this bae list! Chris Evans has been a bae for many years, even before he took on the role of my favourite Marvel superhero Steve Rogers. But roles in The Losers, Gifted and in the dystopian train film Snowpiercer really make it easy for me to like him. What’s Your Number? also works but that’s because he takes bubble baths and walks around half naked a lot. It’s really easy to like the guy in real life too – seems super nice, supportive and loves dogs. What more could you want?! Oh yeah, him being able to pull of a beard – AND HE CAN PULL OFF A BEARD! Perfect man.

What would your bae list look like? Who am I missing that I should definitely start bae-watching? Let me know in the comments, and keep up the bae-watching!