Book Review: A Clash of Kings 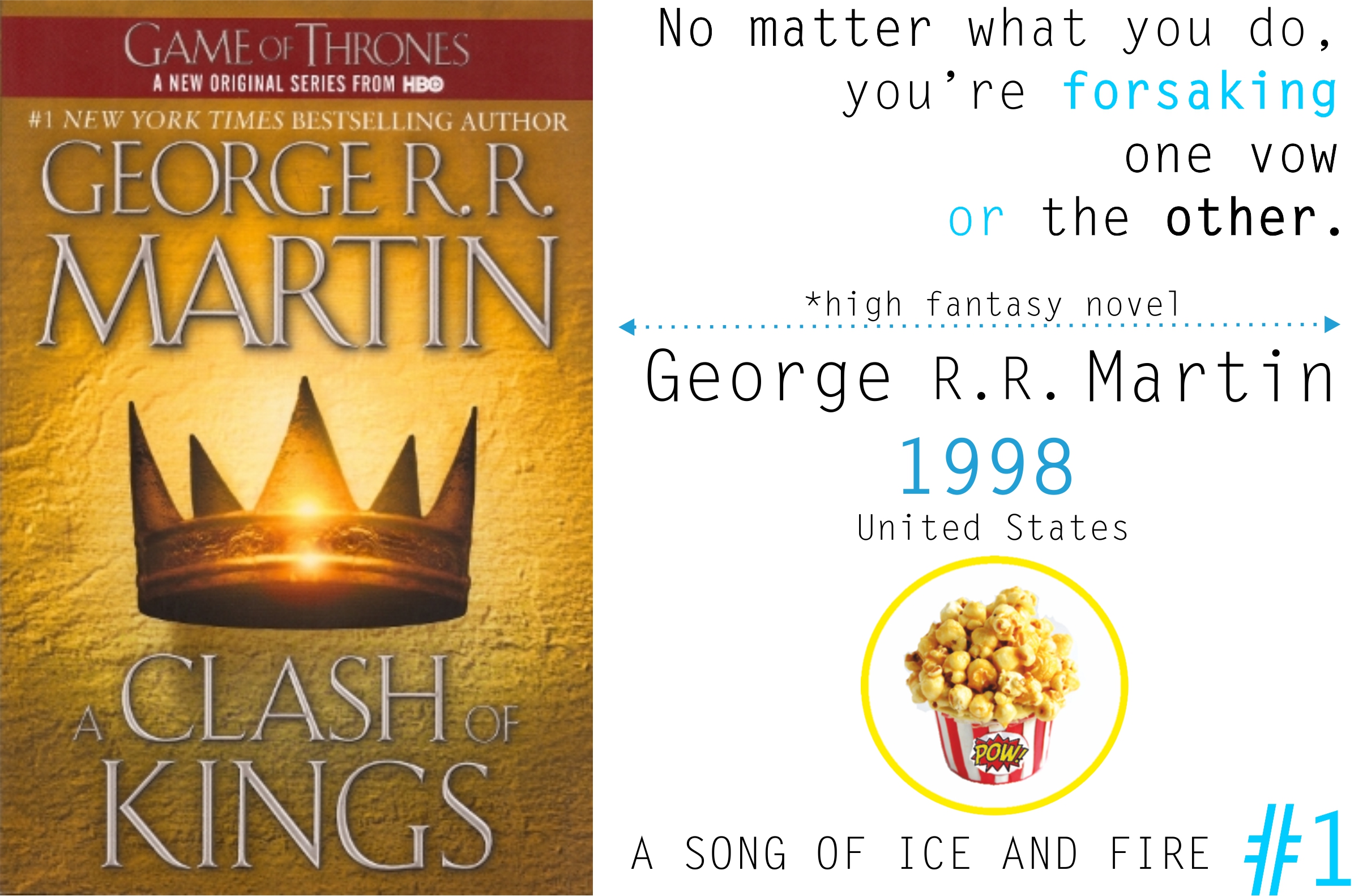 The post is aimed at avoiding spoilers and it’s pretty much my discussion of my likes and dislikes, sometimes in comparison with the series.

Trust me, the fact that I’m able to review this second book of the series so soon after finishing the first book (review is here) is as surprising to me as it might be to you. Even considering the fact that I’m writing this almost two weeks after I put down A Clash of Kings – I just couldn’t stop reading and before I knew it, a week had past and I was already grabbing for the third book!

I was very eager to get to the third book before the current TV-show season was over and luckily I did, right before I left for Ireland. I debated days and finally decided that I was taking the third book, and the fourth – so if all goes well, I’ll be able to review those during the summer as well. Obviously I didn’t take A Clash of Kings but I’m now regretting that due to the fact that I had put post-it’s on some of the pages as a reminder and it’s really difficult to remember those things by heart after the infamous ninth episode. I’m sure I have or will discuss the things that happened more but for now I’ll just say, oh my god! Even after accidentally spoiling myself with the event and therefore knowing what was coming, the scene itself was just utterly painful. But for now, let’s get back to the second book of Martin’s series that was a more surprising read than the first one.

We continue with the events that had started in the first book with the absence of Ned’s and the addition of Davos’ and Theon’s POV chapters. For those who haven’t seen the series, the title of the book pretty much gives away the general big events in the book – it’s the clash of five kings that have claimed their right to the throne or a crown. Joffrey is technically the King of the Realm but Renly and Stannis Baratheon claim their right to the throne while Robb Stark has declared himself the King of North and Balos Greyjoy says he’s the King of Iron Islands. There’s a lot of war talk and politics, with the addition of numerous characters fighting alongside Robb as well as Theon, Stannis and Renly. All in all, there’s a lot of names to keep track of but the POV characters are the ones to keep an eye out for.

Yet again my favorite chapters were of my favorite characters, mostly Tyrion, Arya and surprisingly, Bran. Though Daenerys had one of the book’s most memorable moments where her prophecy was revealed in the house of the undying and Catelyn’s chapters featured Jamie Lannister (the featured quote is from a chapter where Catelyn was questioning Jamie), the three favorites stood out by a mile. Tyrion’s chapters are simply the most fascinating to read because he is very charismatic and smart, Arya is a fighter and the strongest of the Stark family in my opinion and Bran’s chapters were simply a total surprise. I guess the show was prolonging the events revolving around Bran and pushing them into the third season rather than complicate the second season with more new characters. Therefore the presence of Bran’s strength is already featured with Jojen and Meera Reed in A Clash of Kings – a relief due to the fact I expected almost nothing from his story line.

Surprising was also the fact that Arya’s chapters in Harrenhal were altered a lot in the series, almost in a good way but I definitely prefer the books. There’s a certain darkness that the series is trying to avoid with Arya, though she suffers a lot and has seen many deaths, her actions in book Harrenhal, especially in the final chapter, are extremely dark and scary considering her age. Yet, my favorite moment in A Clash of Kings was Arya’s last chapter – I literally got chills when I read about her whispering valar morghulis, chills! Interestingly enough, the lightest moment in the book also featured Arya – the chapter where Gendry confronts her of being a girl was just delightful but of course, everything was just downhill from there. It might be a long shot but I’m one of those people who ships Arya with Gendry. I just think they fit well and I hope that they will see each other again.. I’m sure Arya survives but knowing Martin, who knows if Gendry does. 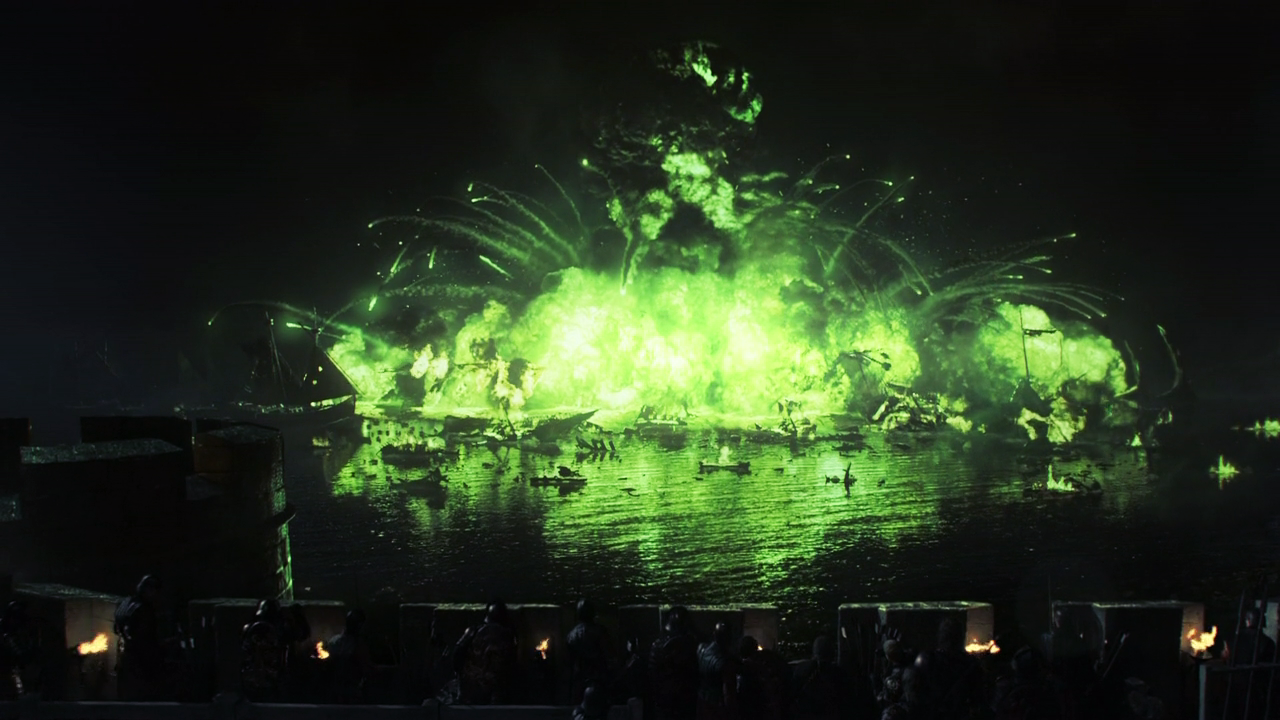 Obviously the big event that the fans of the show might want to know about happened in the last third of the book – the battle of the Blackwater. The whole battle was described through Davos and Tyrion – all together there was a lot going on! I’m not going to lie, I was a bit overwhelmed by the chapters because in a way they were very chaotic but I guess that’s the perfect way to write about war. Honestly, just for the clarity aspect, I preferred the series when it came to the battle of Blackwater but I guess giving it a second read might make things less messy for me. Still, it was pretty much the first battle that was actually written down and therefore it was so crucial for A Clash of Kings overall.

Jon’s chapters were like always, interesting but I don’t seem to be emotionally as attached as I would want to be. Theon’s chapters were good, actually, they would be my favorite if I didn’t dislike Theon as much. He is basically like the male version of Sansa – very stupid and living in his own fantasy that will definitely not happen in reality. That brings me to my least favorite character from the first book, Sansa. Now, she still has her moments of stupidity but she is slowly growing on me. Mostly because of The Hound who is such a complicated character that I’m beginning to like him, especially his feelings towards Sansa.

Considering the overwhelming speed of me reading A Clash of Kings, I’m surprised I remember so much of it, especially now, as the third season’s events are kind of occupying my head as well. Overall though, I liked the second book’s plot a lot more than A Game of Thrones because of its difference from the series and because it somehow got more interesting. Though, after seeing the events of the Red Wedding take place, I’m kind of glad that I wasn’t as emotionally attached to Catelyn throughout the first and the second book. Surely this wouldn’t be the case with Robb if he had any POV chapters.. that’s actually the saddest part of the whole series, Robb doesn’t have any POV chapters and in a way, the series improved that fact by focusing on him so much more – especially in the second season. 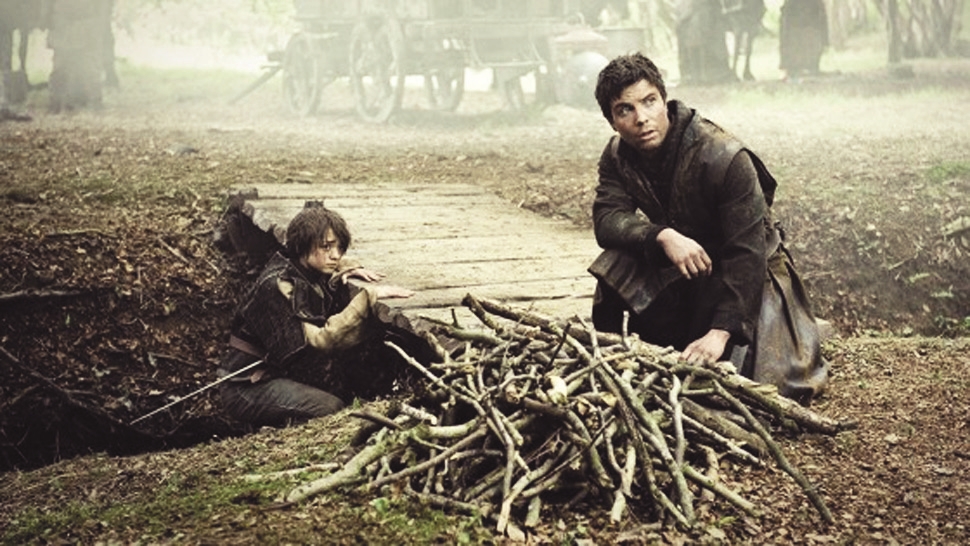 Since this review is more or less just an overview of my thoughts, I don’t really know what else to say, everything in mind has already been said. I guess I can gush about the things that got me excited which was getting to know more about Jamie Lanniser and reading the Gendry and Arya thing over and over again. It was one of my favorite scenes in the second season because it was light and joyful, obviously those happy moments stand out a lot more. Besides, the second book really didn’t focus on their friendship as much as the series did, so I had to read their moments again and again cause I’m such a girl and I like to root for Arya in all aspects of her life.

Obviously the big motivation to finish the second book was to get to the third one, which I’m reading already and I’m guessing it will be the best one yet. Not just because this third season has been utterly amazing, but because there are Jamie Lannister chapters… and the Red Wedding which I’m not so thrilled about. I’m guessing I’ll be 100% more emotional while reading about the events than I was watching them. But that’s something for the next review.. or should I say Thoughts about a book kind of thing. Honestly, this hasn’t been the bestest of reviews, right? I’d say it’s rather just a good way to spend your evening after a long day at work: thinking a lot about the Starks and the winter.

A Clash of KingsA Song of Ice and FireBook reviewGeorge R. R. Martin
0 Comments
By MettelRay 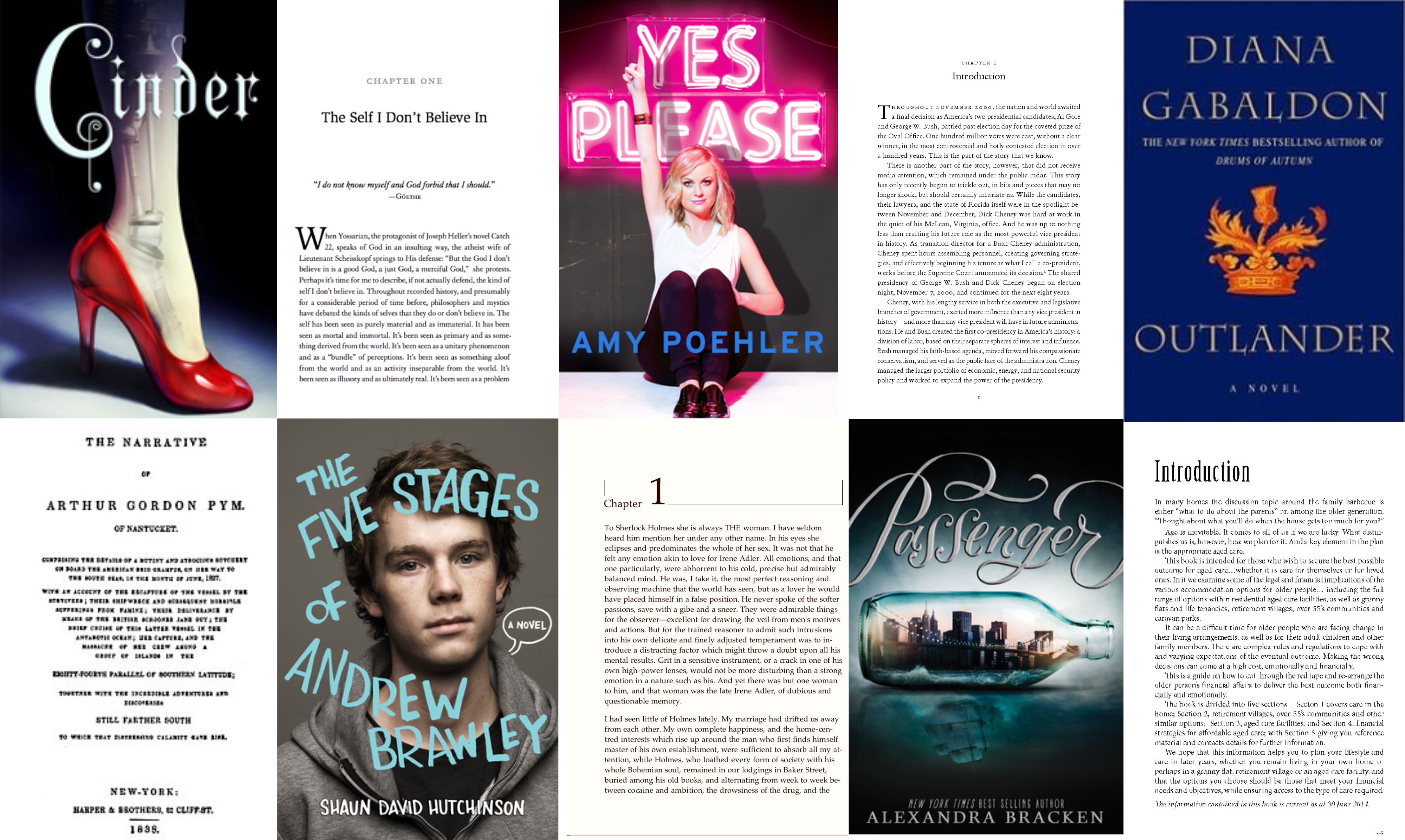 Book Review: The Fault in Our Stars