Last week was mental. I had so many things to do and instead of resting today, I had a nail appointment and I took an extra shift for tonight. Granted, this extra shift tonight means free evening on Thursday so, I’m not really complaining! Haven’t seen any movies, not many shows, but I have read bunch of guilty pleasure books so at least I can say that last week  wasn’t a total waste of my time.

On Friday I had an MRI. Now, if you haven’t gone into a machine with big ass magnets, let me just tell you that it is not fun. Your whole body feels weird, you almost feel like you are literally being abducted by aliens, and all you want is that 30 minutes to be over as soon as possible. I’ll get my results this Friday, and from there, I will know what the next course of treatment for my eyes is. I’ve heard the word radiation couple of times now so.. I’m trying not to think it too much.

Other than that, everything has been the same. I’m trying to spend less money on unnecessary things, which is an interesting experiment. Also I’m getting a bit desperate at finding time to write reviews these days. I think that is also the reason I’m hesitant to watch more movies, because that would mean I’m very behind with my reviews. At this point, I’m not even sure these reviews will be relevant, but hey, I want to write about them… I just can’t seem to sit down long enough to do so.

As I said, I haven’t watched any movies but I’m going to the cinema on Wednesday to see Split. I’ve heard… things. But I don’t want to spoil myself with anything, and therefore I’ve tried to ignore almost everything about it. I think I’ve only seen the trailer, and that is enough for now.

Still fuming about the whole The Edge of Seventeen thing. I mean, they are showing it in Finland, how hard is it to show it in Estonia? What do I have to do to get it into the cinemas!? Can I bribe somebody? Should I start yelling!? Just, why me, why!

I’ll try to focus enough tomorrow to scribble down a list of my most anticipated 2017 movie releases. I’ve been meaning to, and I know I’ve been meaning to post a lot of things, but man, this month has come and gone like that. I’m surprised I’ve managed to keep track of Thursday Movie Picks! But then again, that series is such a great way to put out content that I’m always so glad when I’m able to post on Thursdays.

The only show I seem to be on track with, out of the new ones I mean, is Emerald City. Now, I have not seen The Wizard of Oz, yes shame on me, but I do know the overly shared plot, so I’m not completely unaware. Back to Emerald City.. I like it. Like, I actually think it’s being pretty brave and innovative, but then again, I don’t know how people who love the source material are feeling about it. How do you feel about it?

Everything else I have watched are shows that have come back. Sometime last week I even realised I was 5 episodes behind with Modern Family, so I watched those. I caught up with Nashville today, because it’s back and I love it! I honestly think it’s the perfect type of show to me.. and even the country music aspect doesn’t bother me. If anything, I do think Juliette’s character is being treated a bit unfairly because for the love of god, stop whining! The whole show is trying to birth drama out of these situations but sometimes the drama is just unnecessary!

Tomorrow though, and I hope I keep to my promise, I’ll watch The Series of Unfortunate Events! Or I mean, I will watch a few episodes at least. Because I do want to read, clean and then I have to go to get my hair cut, but other than that, I’m free as a bird! Oh no, except that I also need to write three posts. Well, I can fit that all in one day, I’m sure I can.

Adult romance genre is my new enemy. So please, help me stop, because if I continue with this rate, I’ll have read 70 books by summer and all of them have been new adult romance novels! But honestly, I’m not sorry I’ve read 8 books that are quick and short, I’m just a little.. I feel like I’m cheating a bit compared to last couple of years. That being said, I finished Nevernight and after the half way point in the book, it got so good! There is just this one things that I hope will be a twist in the future, other wise I’m going to be very very disappointed! I’m now reading the follow up to The Name of the Wind, my favourite book from last year, The Wise Man’s Fear which is almost 1000 pages so I wouldn’t feel too guilty about my guilty pleasure reads. Loving it so far!

Going back in time, I’ve been listening to Kid Cudi’s Man On the Moon album and for now, Solo Dolo is stuck in my head. Ed Sheeran’s single Castle On The Hill has a music video now and it’s so beautiful. I can’t wait for the video for the Shape Of You!

Dan the Man’s take on The Founder

A Film a Day writes about Kingsman: The Secret Service 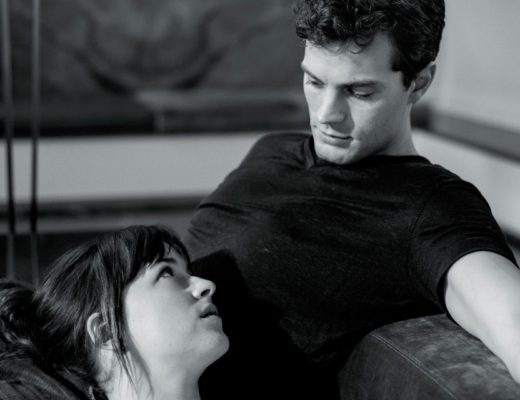 Thursday Movie Picks: Movies Based on a TV Series