Elite Season 3 & What to Expect Next

When I finished Elite season 3 a while ago I knew I had to write about it. This show snuck up on me and now I just can’t get it out of my head. The (currently) last season of Elite wrapped up everything including the storylines of basically everyone and gave an endgame to the entire main cast. In other words, Elite fans are now struggling for answers — what to expect next?

The show kicks off with three teenagers from the poor side of the city getting scholarships to study in an elite school with rich kids. They are immediately treated as scum and none of the rich kids seem to like them. But as time goes by some warm up to them, some even offer them lucrative deals.

I have recently said that the show is basically a Spanish Gossip Girl with a little bit of 13 Reasons Why mixed with Riverdale. I want to correct that and delete 13 Reasons Why and replace it with Sex Education cause that’s a much better fit. The show has good representation for the LGBTQIA+ community plus some extra surprise representation, one of which will shock you.

While the first two seasons were quite fresh with their main plot, season 3 borrowed from the first and delivered a similar set up with a fresh new take. First season, as some of you might know, started with a murder and so did the third. The third season took its time to show us who had done it and every episode focused on a specific main character. Last one being about the one who got axed but more about that later on.

I honestly loved the first season to bits when I discovered it, it was fresh and intriguing. By the second season it was more about character development and relationships. That second season vibe sort of carried into season 3 and the main murder mystery taking the backseat. Not that I minded it, frankly, focusing on the teenagers and their life felt very fitting considering how the season ended.

What I think the show did well was the way it handled the twist. While you could argue that a lot of the show is ridiculous and would never happen, I’d say that’s not the point here. The show is not meant to be 100% law abiding, that’s not the point here. With shows like You and Elite gaining massive fanbases, it’s clear that the over the top thrillers are entertaining and really in right now.

Part of me is really glad the show wrapped up its characters in such a nice way. Sure, it was a little sad and partly disappointing but mostly it was a nice sendoff. A few characters got to go to college, some got held back in school and will repeat the last year. That being said, even knowing that they will be there, will be painful if the new season won’t include them. Yet it will make sense. Three seasons of drama is enough for any teen to go through, more and it would seem overkill.

PS: I cannot not mention the fact that I was disappointed that Polo got murdered. He was my favourite character (read my list of favourite Elite characters HERE). The character had a great second season and he did have a brilliantly well balanced season three too. You could really sense how difficult his life was before and during. I mean, it’s hard to be sympathetic towards a murdered, but Elite sure did a good job at making me like Polo regardless. Álvaro Rico did a great job as well.

Like I said in the beginning, the third season finale represents the end for many of the characters. Some stay behind but it has been said that they will not be the main focus in the next season. We would get a whole new set of characters and probably a whole new murder. There will be cameos, hopefully and that will definitely quench the thirst for hardcore fans. In ways, it will also make it a lot harder.

Part of me hopes some of the main characters will have bigger storylines. Fan favourites Ander (Arón Piper) and Omar (Omar Ayuso) will definitely be a joy to watch. Especially since they would have so much more screen time now as their lives are even more intertwined. I’d also appreciate to see a happier Ander. He had two very horrible seasons, give the guy a break!

But alas the show runners have told that the new season will feature new characters and fresh drama. There is not much else being said but it’s safe to say the show’s format will remain the same. We start off the season with a murder/mystery reveal and spend the entire time guessing who done it. It works so why change it, right?

With season 4 confirmed but the corona virus taking its time to destroy everything on its path, who knows when we will get a new season. Part of me thinks 2021 will be the earliest possibility for a new Elite season to satisfy our thriller needs. But honestly, the wait would be worth it. 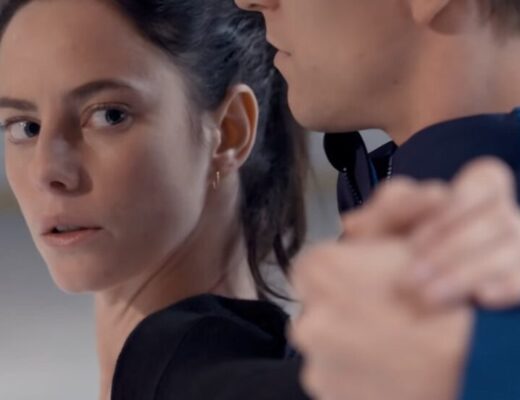