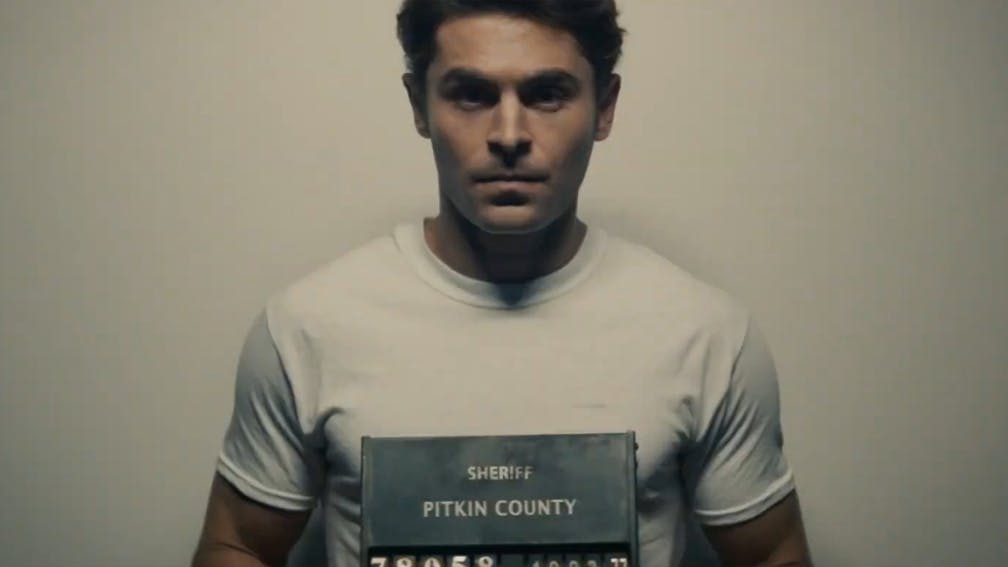 There is so much violence in the world, which we get to witness on a day to day basis. We see the gruesome imagery on television, images that aren’t just fiction but also reality. Violence is, and always will be, part of humanity. If you’re looking for those images in Extremely Wicked, Shockingly Evil & Vile, you will be disappointed. Because this film focuses not on the violence, but the man the violence hides behind.

Before watching Extremely Wicked, Shockingly Evil and Vile, I got myself ready and watched the Netflix documentary on Ted Bundy. Directed also by Joe Berlinger, the documentary took a very interesting approach to tell this famous story. After seeing it, I didn’t really have any doubts on how the direction was going to hold up during the feature film. Luckily for me, I enjoyed it more than others, which is why there won’t be much criticism here to find.

There have been negative comments towards the approach of the film. Some have said that the balance between the two characters, Ted Bundy (Zac Efron) and Liz Kendall (Lily Collins) was off. The story didn’t focus on either of them long enough and the movie was fuzzier because of it. In some ways I agree. Extremely Wicked, Shockingly Evil and Vile does suffer a little with the focus. But for me, the reason is partly the placement of the sex scene. Now, hear me out.

You fell in love with a weirdo.

If the film had shown passion between Ted and Liz a little earlier on, Liz’s clear dependability and obsession with Ted would have been more clear. It was only during the second half of the film where I truly felt that Liz was having a hard time letting go. The addition of Kaya Scodelario’s character midway through feeds this feeling as well. The happy go lucky family life sequence in the beginning of the film did nothing to convince me, it was the drunk manic sex scene that did most of the convincing.

As far as acting goes, Zac was wonderful! He had a few moments where he needed to be menacing and he nailed them. Just a look, just that cold empty stare, and I believed it. Lily Collins was just as great and I’m not just saying that because she’s always been a favourite of mine! She nails the important moments, but her strength truly manifests in the final third, where she confronts Ted in jail. And that’s where the movie had me.

Granted, it was the final third that really nailed it but still, it was an enjoyable journey to that moment. It’s not a perfect film but it’s a very good one, especially for me, who really digs these serial killer things. Give me this or Se7en, or Zodiac, I’m going to enjoy it regardless. Is Extremely Wicked, Shockingly Evil and Vile up the bar with Zodiac or Se7en? No, but it’s a fresh new take on the psychopathic killer that I throughly enjoyed. Which in itself, is a weird thing to say.

The strong supporting characters were led by Jim Parsons and John Malkovich, who both had important roles in the court room. Scodelario’s role was also crucial for the story of Ted Bundy and showcased the weakness women had towards this man. Scodelario nailed this a bit better than Collins, but both women were absolutely wonderful regardless.

Finally I would like to add that I loved that we had almost no violence in this film! By not revealing the horrors of Ted Bundy, by not visualising what we know happened, we get to see a more horrifying side of him. The side that drew all those women into the court room. That side which most likely won over his victims. The side that hid the psychopath underneath so well that he managed to hid behind it almost until the very end.