I’M BACK! *imagine Chandler dancing on the table*

Though I have tons, and I mean tons! of post ideas scattered in my brain, including a cool blogathon to participate in, I was really struggling to prioritize because I’m so behind with everything. Movie reviews in particular since I’ve seen most of the things currently in cinemas, really, I’ve seen almost everything! Also, I held two TV-show-marathons whilst I was studying so I have those. Some regular features need to be revisited soon.. not to mention the Blind Spot series. So basically I’m behind with everything but here are some television newcomers I want to talk about!

I’m gonna start off with the one that surprised me the most, FAKING IT. Back in the day, when I became a fan of Teen Wolf, I also started watching Awkward. and well, let’s just say that only the first season was good and now, MTV is giving it another try. By it I mean trying to deliver a believable teen high school comedy show with an entertaining twist: lesbians. What makes it interesting is the fact that there’s a refreshing tolerance among the peers towards the newly closet exited girls who have been best friends since forever. In other words, they’re pretending to be gay, the school thinks they are a couple and the two girls are trying to figure out who they really are. Good job, MTV.

With yet another group of good friends joking about, FRIENDS WITH BETTER LIVES is a show that falls somewhere in between those moments of almost successes and a disaster in the making which is why CBS hasn’t really renewed it for season 2. I most likely won’t continue with the show, I have been harsh with comedies but also, I can’t deal with another friends-show – I get it, it’s a sitcom baseline, friends, but it is difficult to create new and pleasing dynamics. #FWBL (this is seriously what they use themselves!) is about a married couple, a divorced middle aged man (poor Van Der Beek) and a newly engaged couple and the one I connect to the most, the forever single woman. The only character that has a lot of potential is the single lady who doesn’t get enough screen time and should have her own show – demanding, cold and straight to the point kind of woman trying to get a ring on it. 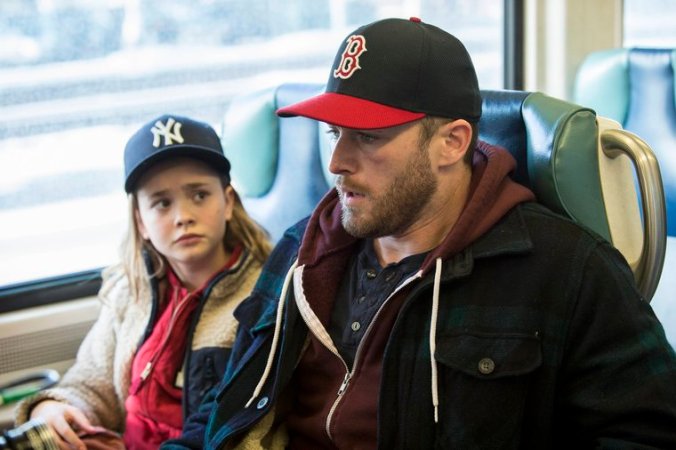 Let’s continue with the ones that got cancelled only after the first season because well, these shows were a bit shaky from the start. First we have BELIEVE that features a talented, uses her brain more than normal people do, girl with her guardian who also is her father and well, it didn’t work out for them at all. The thing was, they were running from this institution which is fine, but in every single episode they caught them and the daddy-daughter team got away – in every single episode! There’s only a limited amount of logic that goes into getaways and it runs low on fuel when you plan to escape during the entire season and the next and the next. No wonder this supergirl didn’t get a second chance. I liked the girl though, she was good.

Here’s that guy from that other teen show with stuff drawn on his face in an alien romance/action type of show called STAR-CROSSED. Don’t get too attached though, it got cancelled by the CW who do this a lot, they launch a bunch of new shows and then maybe one makes it or nothing makes it to the next season. This time, aliens weren’t enough and I get were they are coming from because though I actually watched it for quite some time (probably going to finish the season), it wasn’t as innovative as it could have been. Besides, the show had a knack for focusing on the wrong characters and left the ones who were far more interesting aside. I actually think one of the couples from Star-Crossed was intriguing and worth my while to power through this mush of drama. 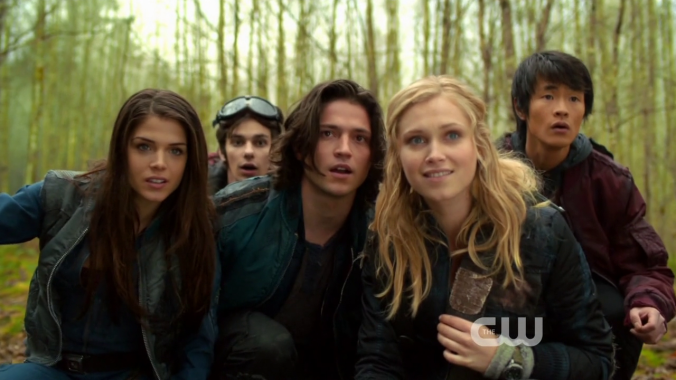 The CW also brought THE 100 to the table and kept it since it has a lot more possibilities than the other one. Set in the future, the Earth’s English speaking population is living on a spaceship, and 100 convicted teen-criminals are sent back to actual Earth, which is supposedly unlivable, to do something. I think the thing was to send them all together to Earth due to over population and have them do nothing after they survive… no, wait!? Well, I’m not sure what they are doing there because whilst they are allowed to have weird cave-men-like inhabitants killing the teens and two headed deers, the show sometimes lacks logic and acting skills. Despite of that, the 100 has some positive sides and maybe they will explore them more in the following season. With the added bonus of getting the story lines rattled up on Earth, we also have the ship to consider and that has a lot more playing room for the show to develop.

HELIX is the show that I’ve seen the least so far but it seems rather promising and well, scary at times. SyFy delivered this deadly-looking virus in an isolated lab somewhere in the Antarctica and there are monkeys and shaved monkeys and men running around like they are crazy monkeys – all together very fast paced and complicated. I’m not certain how they will play out the fact that they are in a limited space and this thing is taking down people rather fast. Luckily I get to watch it soon because the first season is already out and they got the second scheduled for 2015.

One of my favorite newcomers, pretty much the best one, is the US remake of the UK’s comedy SIRENS – you know, the one with Robb Stark! Anyway, the new version has taken the UK version and done it well. Though the first version of Sirens was good, the new one has its great moments and it has already gotten a chance to give us more in season 2. The dynamic between the three EMTs is amazing, they all have the right amount of wit, stupidity and gayness – I love it! Also, the supporting roles are refreshing, especially the totally stupid police officer who’s “Hell yeah!” is now my ringtone for messages on my phone, I just adore that naive little thing. In other words, definitely the strongest comedy addition to television this year.

Last but not least, another one of my favorites, and it’s Canadian, REMEDY. After Shonda ruined everything hospital related to me, I was in a dark place for a while but now, with the new medical drama, from the consistently good Canadians, I can revel in the hospital stuff again. With this, I hope they deliver consistently good seasons and end the show on an expected time frame, I myself expect Remedy to have about 3-5 seasons at least. With not just doctors and nurses getting the focus, Remedy gives orderlies the spotlight as well, so there’s finally a medical show has the behind the curtain people too – well done! Also, Veronica Mars’ dad is a father of three talented kids in this and well, everything he’s in seems to be great to begin with. In other words, just a good old medical drama with interesting family drama thrown into the mix.

So here were some of the newcomers on TV, any of these spike an interest or are you already a fan? Did I leave something monumental out, I know I left a ton of comedies out but most of them didn’t even get picked up. So let’s bow our heads for those shows that didn’t make it and comment down how you feel about it.