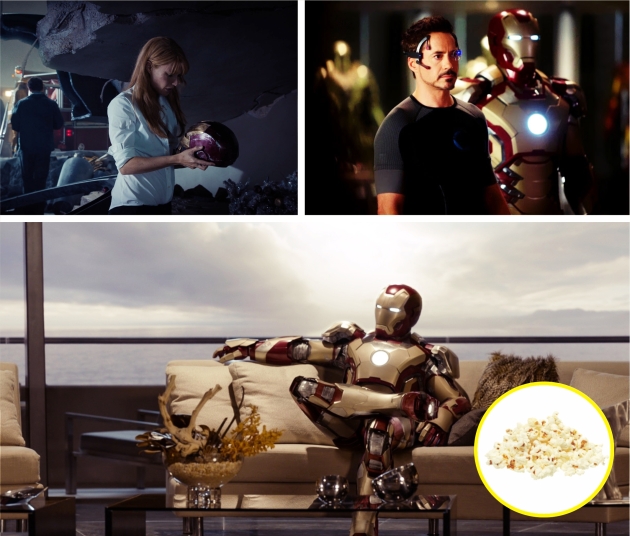 There are no spoilers in the first half but there will be in the second – you’ve been warned!

Following the hype of last summer’s The Avengers (2012), Tony Stark (Robert Downey Jr.) had some mighty big shoes to fill – though some might not agree, I personally think Iron Man 3 was a great follow-up and a perfect way to start off the blockbuster filled summer of 2013.

Presumably the final chapter of Tony Stark is the typical tale of a superhero going through some personal struggles of accepting who he is – for those who aren’t fans of Marvel, those struggles were caused by the final scene in The Avengers. Falling from that wormhole and almost not surviving has left a mark on our beloved and sarcastic man of science; Tony Stark has trouble sleeping and has panic attacks. But as per usual, villains don’t take holidays and after a mysterious bomb attack injures Stark’s friend Happy (Jon Favreau) a terrorist called The Mandarin (Ben Kingsley) takes the blame and destroys Tony Stark’s world – literally.

There are a lot of things that stand out in Iron Man 3, at least for somebody who isn’t familiar with the comics, and the first of those things is the action packed scene in the beginning of the movie. If one wants to set the bar high that’s probably the way to do it – destroying everything that has so far identified our protagonist. In the end of the first act, Tony Stark is left with almost nothing, including being away from his girlfriend Pepper (Gwyneth Paltrow), and starting from ground-up is basically a symbolic way of referring that Iron Man 3 is about the rebirth of a superhero. As cliché as it might sound, the journey itself is action packed and thrilling, plus, even during some difficult times, Tony Stark never fails to deliver the sass.

Will the humor and action be enough for the viewer is everybody’s own decision, I happened to enjoy it to the fullest but I also understand where the negativity towards Iron Man 3 has emerged. The Mandarin, who serves as the first villain, was approached differently than in the comics – something that rattles the cage of a true fan is also something that might be simply funny to the regular cinema visitor. And whilst the story might not be as solid at times; Aldrich Killian (Guy Pearce) is rather predictable as the second villain while fighting for an unclear cause and the iron suits are enhanced to a point of godly power, there’s still a lot of potential. Besides, nobody can’t deny that the visuals are spectacular.

Is the amazing imagery the result of a new director Shane Black (who replaced Jon Favreau) and a seasoned cinematographer John Toll (who replaced Matthew Libetique) bringing in some fresh perspective to Tony Stark’s life, is a question that would lead into a very complicated discussion. Still, it probably did add to the positive outcome of Iron Man 3 which brought in over a billion dollars – the highest box office number among the Iron Man franchise. Therefore it doesn’t really matter how accurately it translated from the comics onto the screen, fans still love Iron Man and Tony Stark. Besides, if the third movie will be the final time Stark puts on his iron suit for his franchise (Iron Man is still featured in The Avengers 2), at least it ended with a box office bang. 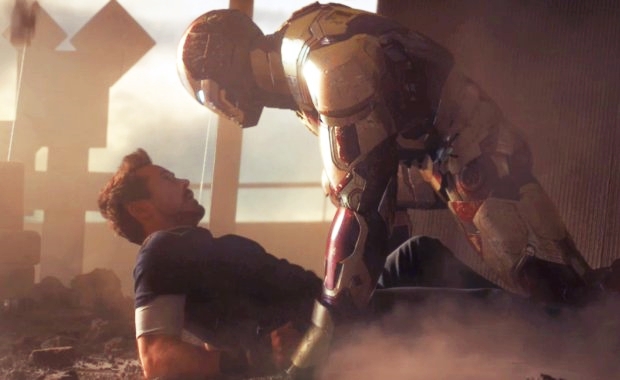 If the first half of this post sounds a bit odd, it’s because I wrote it to be an article – not to be published or anything but long story short, I’m sending it to compete for something. Exciting, I know.

As I said, I enjoyed Iron Man 3 quite a lot and there’s no need to hide the actual reason: it’s Robert Downey Jr. of course. The man is just brilliant and his screen presence just makes me smile. Also, though Guy Pearce’s character was quite unpleasant, his presence is also something I’ve liked in the past and as it turns out, continued to like with Iron Man 3. That being said, the biggest surprise to me was James Badge Dale – he looked quite handsome and positively villain-esque while chewing that bubblegum.

When it comes to the plot of Iron Man 3, I was a bit thrown off with the double villain thing at first – it was clear for me from the start that Killian was behind it all, so The Mandarin never reached his full potential. Besides, I have no idea why Rebecca Hall’s character was there because she didn’t really do much, just filled in some blanks that didn’t need to be filled. Another character who never met his potential was portrayed by Don Cheadle, who did help Iron Man in the end but still, it was Tony Stark’s show and it remained as such throughout the movie. That was a bit disappointing but then again, who can resist Robert on the screen – the answer is nobody!

Many of the reviews I’ve read and a podcast I listened to (yes, I listened a podcast for the first time ever – award me please!) said that the child helper was a bit too much. I don’t share that opinion though I do think they could have chosen a kid who was better at acting – next to Robert Downey Jr. one has to be really good and this kid simply wasn’t. Maybe a different kid would have helped to cut through the obvious and the unavoidable cheese that the whole storyline produced but still, it wasn’t as bad as some are saying.

For me the weakest part was the fire-villains as a whole, Killian wasn’t a really good lead-villain, only Badge Dale looked the part and the lady-burner wasn’t at all exciting. The plot of these bad guys was evident from the start and that kind of ruined the mystery of it all –  it was too  predictable and I kept wanting to shake some sense into Tony because he was clueless for so long it became annoying.

Final thoughts are pretty much about the whole Pepper storyline that eventually ended with her becoming immortal and powerful – I liked that she saved Tony in the end, she did save him the beginning as well but still. It was completely literal of course, she was his savor in more ways than one, but I still liked the fact that he needed to be saved in the first place. The process Iron Man went through from the first movie to The Avengers and to the final chapter showed that every superhero needs help and even though I’m not a fan of Paltrow, she is great as Pepper. I think a lot of it has to do with her chemistry with Downey Jr. – but he has great chemistry with everybody (Jude Law comes to mind).

In the end though I left the cinema with excitement and hence the high rating. Yes, it has it flaws and it does convey too much drama for something so predictable, but it’s the action and Robert Downey Jr. that lifted my spirits.