Though mother’s day isn’t celebrated universally on the same day in each country, I still wanted to create a very pink image to accompany my Linked post. Besides, when at least one mother will get my wishes via this post, I would be very happy.

After seeing Iron Man 3 I was finally able to read the positive reviews by Love and Squalor and Terry Malloy.

Though I haven’t seen The Great Gatsby, I still kind of cheated and read the first sentence of Dan’s the Man review.

Mud is another one of those great movies that shouldn’t be overlooked, And So It Begins… writes why.

Cinematic Corner took on Soderbergh’s final movie Side Effects – she wasn’t impressed with.

Biutiful is still in my to-watch list but after Mr. Rumsey’s spoiler free review it won’t stay there long.

This is pretty much old news but I’m always behind when it comes to music, not that I haven’t heard it before, I just started to love it this week. As it happens, it was used in Arrow’s latest episode (22 – Darkness on the Edge of Town) and well, when a song is used very well it just catches my ear and so did Imagine Dragon’s Radioactive.

HIGHLIGHT OF THE WEEK 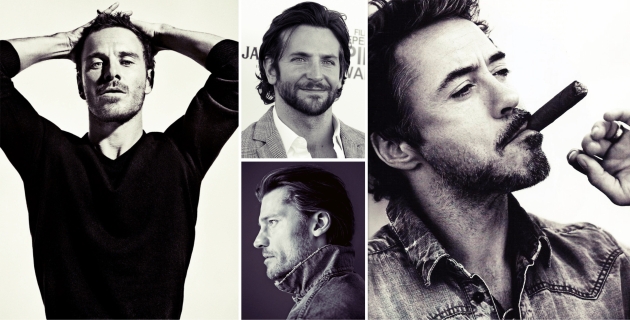 It’s gonna be a special one because it’s kind of selfish – highlight of this week was my Beard post. I thought outside the box and I wanted to make something fun and yet meaningful, so men with beards seemed to be the best way to go! And with one post Love Me Some feature became much more versatile and not gonna lie, I love it.