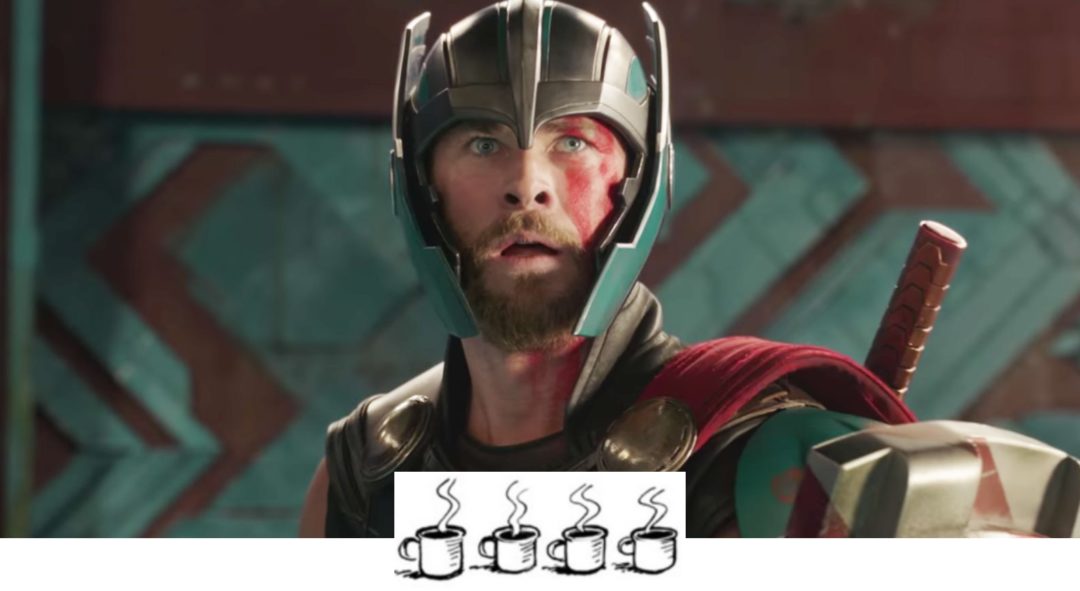 It’s been a month since I saw Thor: Ragnarok – my first Thor movie that I experienced on the big screen. I knew it was going to be better than the first two introductions to Chris Hemsworth’s Marvel character, but I didn’t expect to walk out with so much positive energy. Thor: Ragnarok is upbeat, funny and colourful. So much so, that you are distracted by its flashiness and you end up seeing past its flaws.

Includes minor spoilers from the trailer.

First of all, just to clarify, I don’t think any of the Marvel movies are flawless from start to finish, but I do think that nothing has yet come close to the brilliance of Captain America: The Winter Soldier. But I get the fact that we all have different favourites, and one might think Thor: Ragnarok is better than The Winder Soldier, which is fine by me! The appeal of Marvel, while also its downfall, is the huge ensemble cast of characters where everyone can find their favourite. For me, it has been Captain America for years, and Thor had always been at the end of the line. With Ragnarok though, Thor finally pushed his way up front to become a close favourite of mine. And rightfully so, as Chris Hemsworth shaves off his hair, shakes off his boring character persona from two previous Thor movies and gives Thor the chance to strike like lightning.

The fact that we were getting a new and improved Thor was made clear from the start, everything was more colourful, funnier and less serious. The poster for Ragnarok has so much vibrancy compared to the two previous movie posters, and that reflects on the screen as well. The success of making Thor more lively can be credited strongly to Taiki Waititi, a director who has very few movies to his credit, but is now a house hold name. (Shame on me, I haven’t seen his earlier films, but I will make time for them soon, I promise!) Waititi’s take was to let actors have fun, improvise, which could have backfired but instead showcased that Hemsworth is well aware of who his Thor is, and that others have gotten it wrong before. Now that’s character development!

Right from the start we are laughing at Thor and his quirky ways of dealing with situations. But we are also impressed by his hammer using skills – I’m sorry to admit but Thor’s hammer is now so much cooler than Captain’s shield! Sadly, soon after that opening scene, Cate Blanchett’s Hela destroys Thor’s hammer and Thor ends up on a waste-planet ruled by Grandmaster (Jeff Goldblum). Enter Valkyrie (Tessa Thompson), drunk as a kite, bringing Thor in as a prized fighter to go against his co-worker Hulk. That’s all in the trailer, it’s as funny as in the trailer, and it’s just the beginning.

With Hela taking over Asgard, Thor must get back and save his people, which is the main plot for Thor: Ragnarok and in ways it works. As I said in the beginning, no Marvel movie is without its flaws, and it’s always the villains that seem to be missing something. Though Blanchett as Hela brings it, her presence is small compared to the rest of the movie, and all her cool scenes were shown in the trailer. There was no surprise to her, no shock-factor, but I can’t help to think if I would have been more impressed with her if I hadn’t seen the trailer. It will remain a mystery, but I wish I could know the difference. But I’m pretty sure we haven’t seen the last of Hela, so I hope her story arc gets a bit of a boost, because we all know Blanchett is able to bring it and bring it all she will!

As for Hulk and Loki, well, I mean they were alright I guess. Definitely not stand outs from the movie, but Tom Hiddleston’s face didn’t bother me, so I guess I can give him credit for managing to be anything but repulsive to me. Mark Ruffalo really needs to discuss his character though, as it is clear he is being thrown around the franchise a lot without any clear direction. Just as Thor before Ragnarok, he needs his moment, and I hope he gets one. Heck, I’d even take a Hulk/Banner/Valkyrie/BlackWidow love triangle any day.. or a love square to be exact. Imagine, a complete confusion and drama over who Hulk/Banner really loves, or doesn’t love.

With well known characters set aside, Thor: Ragnarok takes its time and introduces us to new faces. I already mentioned Valkyrie but I must clarify that her appeal was surprising to me. I didn’t expect to like her based on the trailer, but she was crazy fun, and that flashback scene was magnificent! Jeff Goldblum’s Grandmaster was spot-on, and I had no doubt Goldblum would steal the show a little. And his right hand woman Topaz (Rachel House) was a great counter part for Goldblum, their back and forth was hilarious, and she was amazing! Waititi himself voiced Korg, who had fan-favourite written all over him from the start. But the biggest surprise of the movie, the character who had a small arc, and yet such an important one, was Karl Urban’s Skurge. You would either love him or hate him, but I actually really loved him by the end. There’s just something about Urban’s portrayal of him that got under my skin, and some feelings caught me totally off guard.

As for the visuals and cinematography and music, it was great! Just the right amount of colour, flash, brightness and darkness. It was just so well balanced! The flashbacks were gorgeous, and well written into the storyline by the way! And there was the infamous main character’s shirtless scene, which was much appreciated and definitely too short for my liking. So all in all, I would say that Thor: Ragnarok is up there among the best Marvel films and it will be hard to push it down from its pedestal. Does it have a very important and monumental storyline, sort of, though it’s seriousness is a bit overshadowed by the lightness. In other words, while the cinematography felt balanced in terms of the colour scheme, the plot was not as equal in my eyes, and needed a bit more grounding at times. But compared to the other Thor movies, Ragnarok definitely shined bright like a diamond! 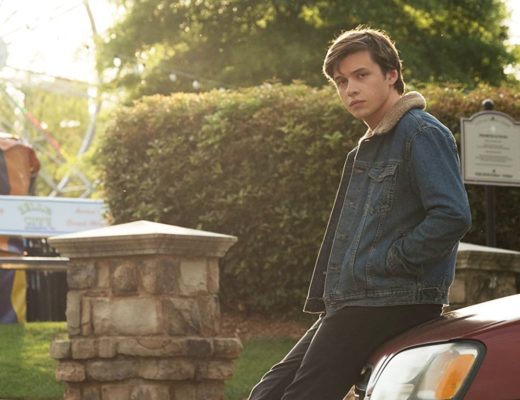