Top 10 Movie Scenes That Still Make Me a Little Emotional" /> 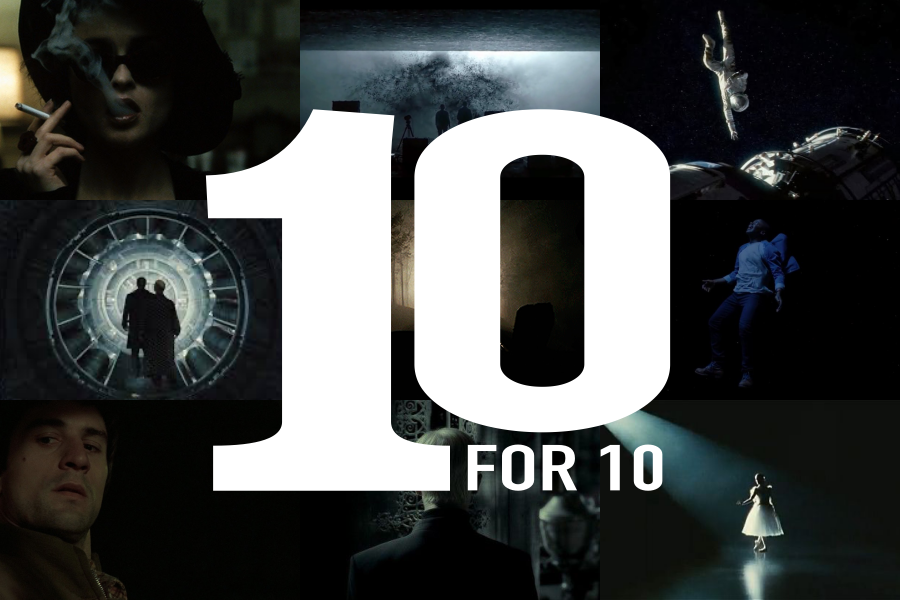 Top 10 Movie Scenes That Still Make Me a Little Emotional

Get ready to cry! Well, or at least get emotional because I’m bringing you my top 10 movie scenes that make me emotional. Like, not just mildly emotional, heavily emotional. Yes, I might have cried even while making this list. I have no shame. Showing emotions is good, being emotional is healthy… at least that’s what I say to myself when I tear up about literally everything.

Disclaimer: tears were used to type up this post and oh, SPOILER ALERT!

Honourable mentions: I don’t think there’s any honour in making me sad but Spider-Man goes to dust in Avengers: Infinity War, Iron Man dies in Avengers: Endgame, dad dies in A Quiet Place, dad finds out in Mystic River, a bunch of animated movies and so many others.

Can we just not kill of parents in animations? I honestly don’t understand the trend. Haven’t liked this since I first saw The Lion King and don’t like it now. To be fair, I think the most emotional would be that opening scene in Up, but because I know it’s going to stab me in the heart, I haven’t watched that. So to misquote Chandler Bing: yes, it was very sad when the guy stopped drawing the lion. It was so very fucking sad.

This scene was emotional the first time I saw it, it’s even more so now after seeing this edited version of it. Robin Williams was a man who made so many of us laugh growing up and now his movies are a bitter sweet reminder how sometimes the greatest are just too good for this world. This scene has a hint of perfection to it too, like how he leaves, walks out the door and thanks the boys… thanks us.

Why, why are animated movies so sad? I get that we need a good cry every now and then but man, I hate it. We have a movie where he sort of gets his mom and dad back and then bam, taken away. And the fact that mom and dad represent the two strings!? And look, here we go, dropping some tears again.

Behold, a positive sad scene and yet, it will make you cry like a baby because why wouldn’t it. I cried, I can still remember it too because this movie wrecked me. Baby Tom Holland was so good! I wrote that he was gonna do great things when I reviewed this and I was right. But this scene, jesus christ, if I heard the name Lucas one more time I would break.

I don’t think any scene has carried so much importance than that coronation scene at the end of the Lord of the Rings trilogy. It’s just, I’ve seen it only once (yes, I’m due to a rewatch of that trilogy for sure) but this scene has stuck with me. Like, I’m so proud and so emotional at the same time. Plus, it’s happy tears, I rarely cry happy tears (as proven by this list) but for this, I’ll happily cry over. It’s all very emotional but “you bow to no one” is where I definitely lose it every time.

There are many emotional moments in Harry Potter but nothing, NOTHING, makes me sadder than when Sirius Black dies. Yes, Cedric is a close second, but I balled my eyes out when Sirius died. It was just the worst. I still remember the night I read that scene in the book and knowing it was going to happen in the movie just made me want to run out of the cinema before it happened. As if I could change the course of the movie by doing so. It still hurts. It still really hurts.

Can I be honest? I don’t think I’ve seen the end of Atonement like 100%. When I watched it I started to cry like a baby, saw almost none of it and had to actually skip some of it because it was too painful. This entire movie is too painful. God, even thinking about it is making me emotional.

This isn’t necessarily a sad scene, on the opposite. It’s cute and adorable and makes me swoon. But you can guess why this makes me emotional, it’s because of Heath Ledger and his precious face. I miss him, somehow his death affected me so much as a teen and I’ve still not gotten over it. That is why I haven’t watched any of his movies (and why I couldn’t even think of adding a SAD emotional Ledger scene to this list)… even though I really want to. It’s so stupid that the serenade in 10 Things I Hate About You makes me emotional, it’s a great scene. Anyway, I’m going to return to his work soon. If I have to challenge myself to do it, I will.. I can’t not go another 10 years without a Heath Ledger movie.

Animal movies always feel a bit dangerous because you know, you could be emotionally crippled forever. Like I have sort of been since I saw Marley & Me and it broke me. It’s like the worst thing ever, to lose a pet, and to witness it on screen… it’s the cruelest form of movie making.

It was very hard to pick a scene that is literally the saddest, most emotional scene I’ve ever seen. Like how do you narrow down something like that… Well you think to yourself, what is a movie that you saw and now avoid like crazy because you couldn’t go through with it ever again. Well, look no further, My Girl’s scene where Vada cries over Thomas’ coffin, yelling that he can’t see without his glasses. My god, my heart. Why would a family movie be so cruel and do this!?

Memorable In Their Discomfort