When I knew my brain wasn’t going to be able to construct a proper review, I knew it was time to share my Top 4 Summer TV newcomers from this year. As you can see, it’s not a typical post since, for the life of me, I couldn’t make it into a Top 5. But the shows that did make the cut, well, they are special and different and two of them just represent the kind of entertainment one wants during a summer – something light and easy.

Bonus: Humans – I did watch multiple episodes of Humans but it never really stuck with me enough to continue on. It’s not a bad show though, it’s just not something I’ve gotten super excited about.

Well, it’s probably the easiest TV pick for this Top 4 because Stitchers is just your typical sci-fi infused  sort of crime show that you watch because it’s likable. Sure, this might not appeal to everyone nor does it scream “favorite show ever”, but it’s decent TV and having very few shows on my schedule during Summer makes Stitchers a nice fill in for the time being.

Lifetime channel surprised the hell out of me with this reality TV behind the scenes show. There’s so much going on, and there’s a ship and I’m actually surprised how almost good the show is. Sure, there are story lines that scream complete bullshit but I mean, like I said, it’s Summer and I’m fine with lightweight entertainment that borderlines soap operas.

I already gushed about this show and I won’t mind doing it again. There is a good amount of emotions still inside of me due to the fact that the second season is still a big question mark. I’m fearing the worst while hoping for the best. But I’m just glad I had the chance to watch this show in the first place because unlike the first two mentions, Sense8 has a much deeper impact and it’s not as light.

The reason my summer entertainment has been mostly light is because Mr. Robot is so heavy on everything that there’s a high need to balance out the seriousness. The show itself is of course this summer’s biggest hit, best hit, and the greatest thing on TV in a while but I already shared my enthusiasm about it once. Now, I’m just gonna appreciate the fact that it’s still growing strong and I love it so so much.

Let me know in the comments, what are some of your favorite new shows on TV this summer, in case I missed out on a good one.

10 Things I Love About Veronica Mars 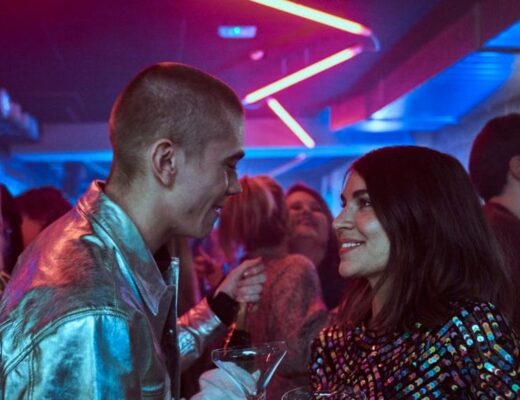